This demented old fool really is a former President of the US.

WTAF is this hot orange mess even talking about? 😳 pic.twitter.com/RdidMKv9ej 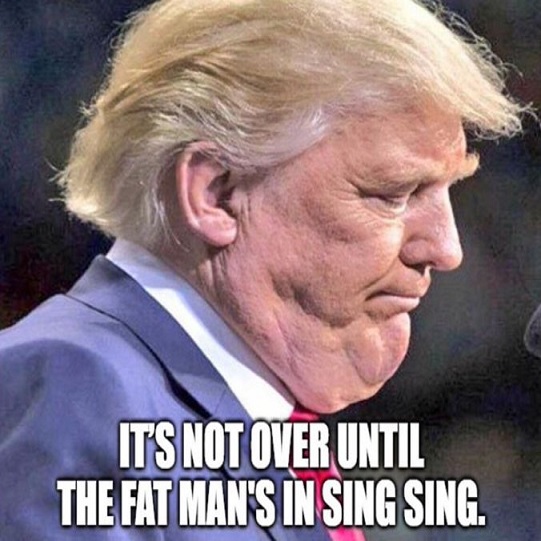 Kyle Rittenhouse has spoken out during an interview with Sebastian Gorka on the America First podcast about how “unfair” it is that events he was scheduled to appear at keep getting canceled.

Rittenhouse, who was found not guilty of murdering two people during civil unrest in Kenosha, Wisconsin in August 2020 and has since turned into a Republican poster boy, hit out at the “woke mob” who he blames for his planned public appearances being scrapped by companies.

On Friday, the Southern Star Brewing Company in Conroe, Texas, announced it would be pulling out of hosting a right-wing “Rally Against Censorship” event where Rittenhouse was due to appear. The company said the event did not “reflect our own values,” adding “we don’t do rallies, we make beer for people who like beer.”

It has also been confirmed that a private reception at the Oak Room in Las Vegas’ Venetian Resort scheduled for today that was due to feature Rittenhouse has also been canceled. In a statement, the Grand Canal Shoppes said the event, which was sponsored by the National Association for Gun Rights, did not “align with our property’s core event guidelines.”

When asked by Gorka about the Texas rally being nixed, Rittenhouse said: “I was supposed to be giving a speech at Southern Star Brewery with Defiance Press, and they booted us because the woke mob found out I posted about it.”

Why would anyone go anywhere to listen to this fool speak?  He’s barely a high school graduate and has nothing of any consequence to say.  He’s being played for a fool by the NRA who will dump him like a bad habit after his shine has worn off . . . which will not be long.

It’s not often that an article in Golfweek sets the tone for the actual week, but on Saturday the premier golfing  journal noted continuing problems for the nascent LIV Golf tour. The schedule of tournaments isn’t full. The roster of big name players that LIV needs to make itself seem a legit competitor to the 93-year-old PGA Tour have failed to materialize. The team-based structure of LIV has failed to create the kind of rivalries that the creators suggested would help raise interest in the new offering.  (NOTE:  LIV Golf  is a professional golf tour  financed by the “Public Investment Fund”, the sovereign wealth fund of Saudi Arabia.   This fund is owned entirely by Saudi ruler  Mohammed bin Salman.)

However, all those concerns could turn out to be minor. That’s because a court case in California, where LIV has filed an antitrust suit against the PGA, has gone in a direction that LIV definitely, definitely did not want. While fighting back against this suit, the PGA has sought to compel discovery about the real sources behind the fund picking up the ticket on LIV’s considerable expenses. As it happens, a slip of the tongue from a LIV attorney during the trial revealed that the fund owns 93% of LIV Golf and covers all of its expenses.

The chairman and controlling officer of that fund is Saudi Crown Prince Mohammed bin Salman. Its bin Salman paying all the bills and taking all the risks for LIV Golf. But who is making a profit?

[LIV Golf] has paid Trump-owned golf resorts unknown millions of dollars to hold its events there, and former President Trump has publicly championed the new league, made prominent appearances at its events, and urged PGA players to sign on with LIV Golf.

Exactly how many millions is bin Salman funneling to Donald Trump through LIV? We don’t know.

That LIV Golf was at least partially owned by Saudi sources was never a secret and has been a concern since the tour began. However, as a private company, its internal ownership and funding was obscured until the unfolding court case opened up the details of just how little involvement there is from anyone else. It’s not just that bin Salman owns 93% of the tour on paper. He’s picking up 100% of the bill.

In response to the effort to compel discovery on LIV’s finances, the Saudi Arabian Public Investment Fund (PIF) insisted that it could not be forced to reveal anything. They don’t have to talk, because they are an “organ of the Saudi state” and protected by “foreign sovereign immunity.”

According to Sarah Leah Whitson, Executive Director of Democracy for the Arab World Now, “The revelation that a fund controlled by Crown Prince MBS actually 100% funds LIV Golf means that MBS has been paying Donald Trump unknown millions for the past two years, via their mutual corporate covers.” She also stresses that this has implications that go way beyond golf and beyond Trump fattening his wallet. “The national security implications of payments from a grotesquely abusive foreign dictator to a president of the United States who provided extraordinary favors to him are as dangerous as they are shocking,” said Whitson.

In 2018, Trump son-in-law Jared Kushner paid a visit to bin Salman at a time when he was seeking $1.8 billion to bail his company out of a devastatingly bad real estate investment. At the time, there was great suspicion that Kushner, who later received his rescue in the form of a secret bailout, may have been selling bin Salman national security secrets, including the names of U.S. sources and dissidents in Saudi Arabia.

Also in 2018, bin Salman had Washington Post columnist Jamal Khashoggi lured into a Saudi embassy, bound, tortured, dissected, killed, and burned. In that order. Later reports showed that, while he would not admit it, Trump was aware of bin Salman’s role in the journalist’s horrific death.

In 2022, the classified documents found in Trump’s private office in Mar-a-Lago reportedly included nuclear secrets from a foreign nation. Many reports have indicated that this information related to the Iranian nuclear program — information that would certainly be of direct interest to bin Salman.

But we shouldn’t be getting revelations from Golfweek. 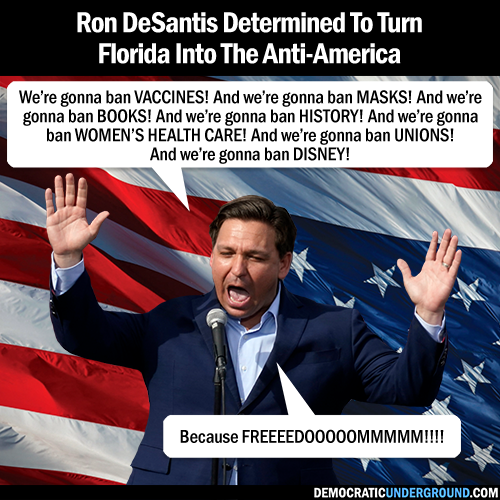 Gomez began by telling the commissioners he did not know what the agenda item was, but they should vote against it.

“Everything you people do is bad, and now we’re going to have a moment of silence,” he said.

After pausing for a few seconds, Gomez offered his praise of the three leaders.

“Long live Trump; long live Putin; long live DeSantis,” he said. “And all you people should be thrown in jail.”

Watch the video below. 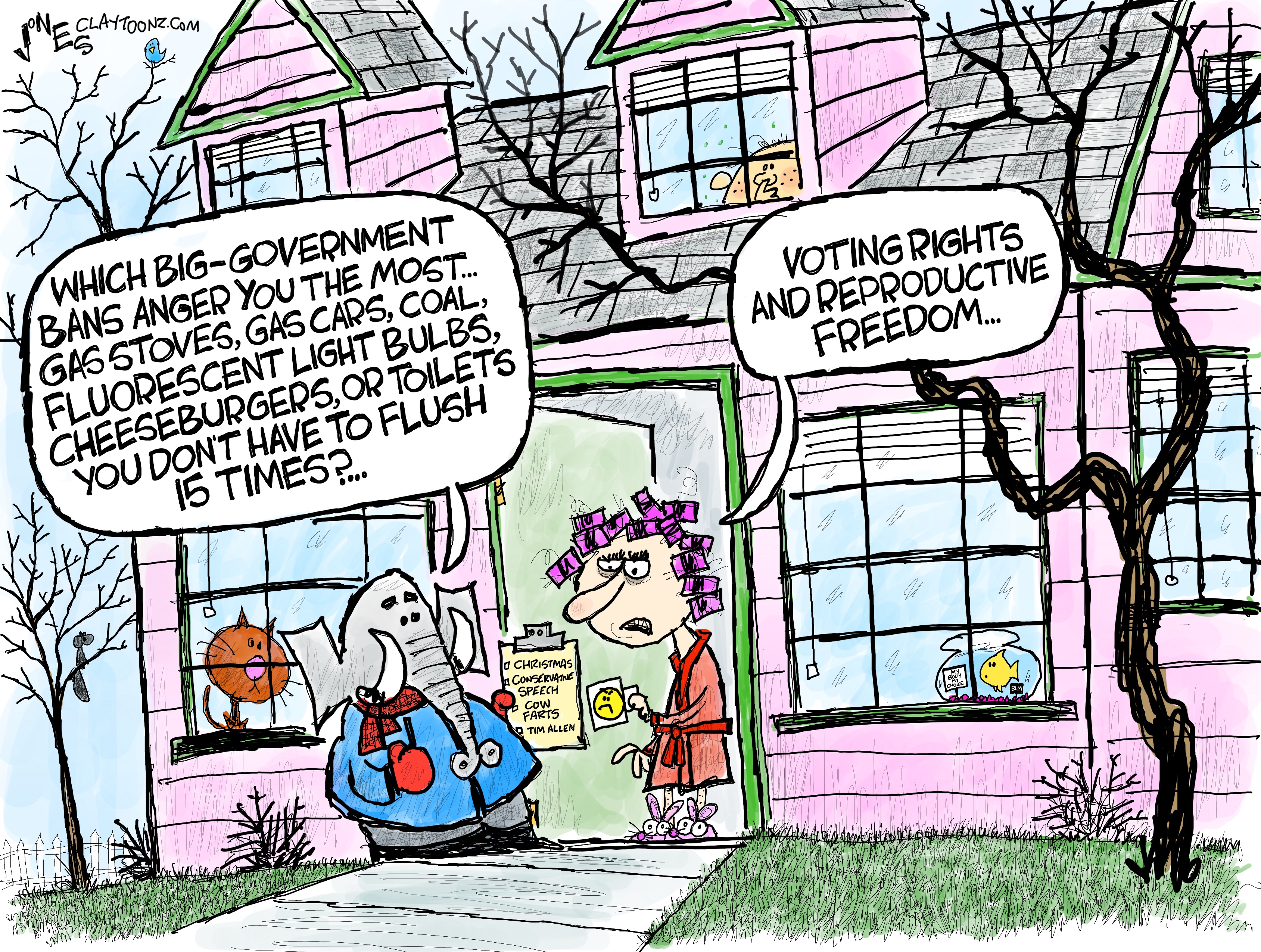 Turns out some Secret Service agents were big Trump supporters and it’s likely there are still Trumpsters in the agency.

Funny that classified documents showed up in areas (1) used years ago by VP Biden that were (2) guarded by the Secret Service who had access to all the areas where documents were found.

Joe McCue thought he had found a desert paradise when he bought one of the new stucco houses sprouting in the granite foothills of Rio Verde, Ariz. There were good schools, mountain views and cactus-spangled hiking trails out the back door.

Then the water got cut off.

Earlier this month, the community’s longtime water supplier, the neighboring city of Scottsdale, turned off the tap for Rio Verde Foothills, blaming a grinding drought that is threatening the future of the West. Scottsdale said it had to focus on conserving water for its own residents, and could no longer sell water to roughly 500 to 700 homes — or around 1,000 people. That meant the unincorporated swath of $500,000 stucco houses, mansions and horse ranches outside Scottsdale’s borders would have to fend for itself and buy water from other suppliers — if homeowners could find them, and afford to pay much higher prices.

For residents who put their savings into newly built homes that promised desert sunsets, peace and quiet (but relegated the water situation to the fine print), the turmoil is also deeply personal. The water disruption has unraveled their routines and put their financial futures in doubt.

“Is it just a campground now?” Mr. McCue, 36, asked one recent morning, after he and his father installed gutters and rain barrels for a new drinking-water filtration system.

“We’re really hoping we don’t go dry by summer,” he said. “Then we’ll be in a really bad spot.”

In a scramble to conserve, people are flushing their toilets with rainwater and lugging laundry to friends’ homes. They are eating off paper plates, skipping showers and fretting about whether they have staked their fates on what could become a desiccated ghost suburb.

Some say they know how it might look to outsiders. Yes, they bought homes in the Sonoran desert. But they ask, are they such outliers? Arizona does not want for emerald-green fairways, irrigated lawns or water parks.  At least for now.

And, no, the neighborhood will not become a campground because campgrounds need water.

What can we expect from  people who believe:

Expecting the Unbearably Stupid to smarten-up is like expecting bears to stop shitting in the woods and start shitting in the Capitol rotunda, which is what “patriotic” Republicans do.