Jason T. Schofield, the Republican Rensselaer County Board of Elections commissioner, was arrested outside his residence Tuesday morning by the FBI and charged with fraudulently obtaining and processing absentee ballots last year using personal information of at least eight voters without their permission, according to an indictment unsealed in U.S. District Court.

The indictment handed up last week — and unsealed Tuesday during his arraignment — charges Schofield with 12 felony counts of unlawful possession and use of a means of identification.

Schofield was led into court in handcuffs just after 2 p.m. by three FBI agents, including two who have been pursuing the wide-ranging ballot-fraud investigation since last year. He entered a not-guilty plea as a half-dozen supporters of his sat behind him in the courtroom. The proceeding concluded with U.S. Magistrate Judge Daniel J. Stewart releasing him on his own recognizance with no objections from the U.S. attorney’s office.

Schofield turned and thanked the FBI agents when they removed his handcuffs following the short proceeding.

He declined comment as he left the courthouse with his attorney, Danielle Neroni, and the small group of supporters. Neroni said her client “continues to maintain his innocence.”

Following Schofield’S arrest, workers with the county’s information technology department entered Schofield’s locked office at the Board of Elections and removed two computers and monitors. It’s unclear what prompted them to remove the computers or who authorized it and why.

The indictment accuses Schofield of using an online state Board of Elections portal to request absentee ballots on behalf of eight voters who had no interest in voting, did not request absentee ballots and didn’t know that Schofield was using their personal information to obtain the ballots. The indictment alleges Schofield “falsely certified” that he was the person requesting the ballot when he entered the voters’ names and dates of birth in the portal.

Federal officials have been investigating possible voter fraud in the Hudson River city of Troy and surrounding Rensselaer County.

In June, a Republican Troy City Council member admitted to fraudulently casting an absentee ballot in last year’s primary election and two such ballots in the general election. She resigned from the council after pleading guilty.

In a new post on his Truth Social platform, the former president seized on reports that FBI officials had swept up documents about his medical information in their search for highly sensitive documents that reportedly included secrets about a foreign nation’s nuclear program.

“Not only did the FBI steal my Passports in the FBI Raid and Break-In of my home, Mar-a-Lago, but it has just been learned through court filings that they also improperly took my complete and highly confidential medical file and history, with all the bells and whistles,” Trump began.

Trump emphasized that the government would not learn anything of note from his medical records other than the purported fact that “I’m very healthy, an absolutely perfect physical specimen!”

Melania Trump said the FBI agents searched her underwear drawer, she felt violated by the search, so, she bought new underwear. 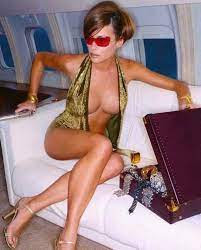 Then, there’s this from Texas. 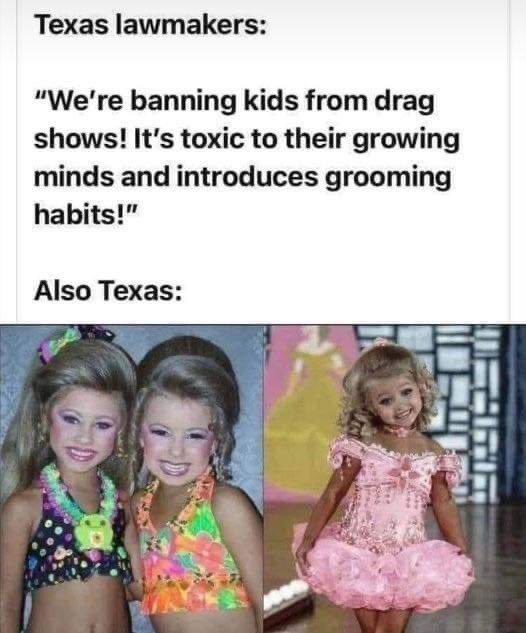 The context for Trumpism is that exurban white religious conservatives believe they have a God-given mandate to rule forever, and a divine sanction to do so by any means necessary.

They see democracy itself as an insurrection against a white male supremacist God. /1

They are allied with rich, mostly white objectivists who believe they have superior IQs and genetics, and see equity as an affront to God and nature. They believe they have a right to take everything by right of social Darwinism, by any means necessary. /2

This is the intersection of Donald Trump, Peter Thiel, Leo Strauss, Jerry Falwell and QAnon.

You cannot negotiate or argue with this, and it will not be placated. You either crush it by ardent protection of democracy and social rights, or it takes over with an iron fist. /3

Because the truth is they have no right to rule. Donald Trump does not have “good genes.” Tucker Carlson didn’t build civilization, and neither did his ancestors. Jesus wasn’t a white supremacist and didn’t write the constitution. Men have no inherent right to rule over women. /4

The rich are far more lucky than they are skilled, and the wealth they have stolen far, far exceeds any value they provide to society.

None of these people has an inherent right to rule anything, or deserves to have their votes count more than the rest of us. /5

They see social and demographic changes as itself cheating them out of their birthright, such that any insurrection and fascism is a justified response.

They have no birthright, none beyond the same citizenship as the rest of us, and the basic rights we all have as humans. /6

Nothing has been taken from them, because none of it ever belonged to them in the first place.

Insofar as equity feels like oppression to them–too bad. Their prior advantages existed & exist not by right but by theft.

The fact that they have lost the culture is their problem.7

What “Make America Great Again” means is “give us our hegemony back and hurt all the people we fear and see as a threat.”

Too bad. We all exist in this big country together. With equal rights, social protections and equity.

They are owed nothing more than the rest of us. /9

They see their fascist insurrection as a necessary counterreformation to re-establish their genetic, chromosomal and God-given birthright.

They have no genetic, chromosomal or God-given birthright to rule. They never have.

A young atheist woman of color in a big city is just as American as they are, and deserves to have their vote just as much. Too bad. /11

They can whine, they can wail, they can insist that they are “real” Americans with an inherent right to rule, and that generational and demographic change are an unfair, socialist or Satanist plot.

Whatever. Those arguments deserve mockery and scorn. They are unAmerican. /12

This period of intense partisan conflict will end when they finally understand they have no inherent right to rule.

Or when they implement a fascist regime.

But we aren’t going to let them do it. We see it coming, and are prepared to stop them. 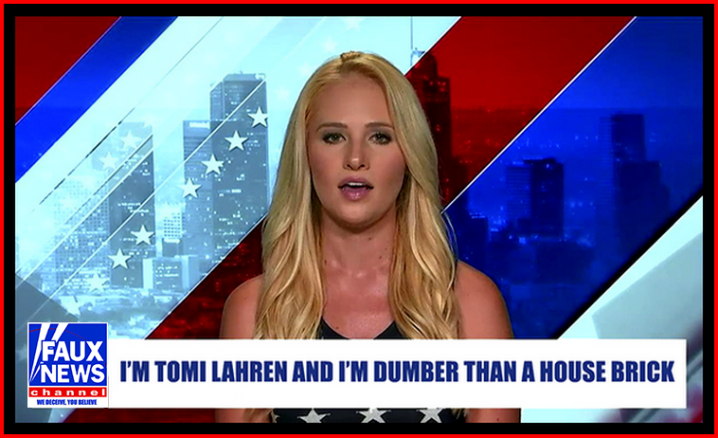 Look at the photo below.  Now, tell me, which is Tomi Lahren of Fox and which is a blow-up sex doll. 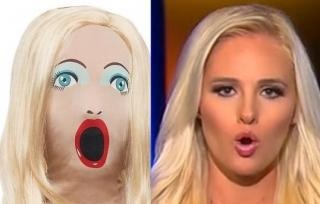 MAGA Republicans have spent the last two years going after teachers and librarians for teaching about slavery or highlighting Black leaders like Martin Luther King, Jr. and Harriet Tubman.

Speaking to MSNBC’s Mehdi Hasan, reporter Brandy Zadrozny explained that the recent bomb threats called into Boston Children’s Hospital are just more of the same from the right-wing that has been going after anyone helping to treat transgender children. The Washington Post reported that a right-wing digital group is behind attacks on a Washington, D.C. children’s hospital. To make matters worse, social media sites are allowing it to continue.

“Children’s hospitals across the U.S. are facing growing threats of violence, driven by an online anti-LGBTQ campaign attacking the facilities for providing care to transgender kids and teens,” the Post reported.

Zadrozny said that this is the next step for MAGA Republicans, who she believes are setting their sights on attacking doctors and hospitals.

“Like you said, this is an ongoing way of anti-LGBTQ sentiment, the far-right and from the loudest conservatives on Twitter,” she explained. “And that sentiment has hit libraries. We’ve seen librarians targeted. Schools, we’ve seen kindergarten teachers, and elementary school teachers targeted. And now, we’re heading to children’s hospitals. Literally, these folks have doctors, librarians, school teachers in their target.”

She explained that Twitter suspended “Libs of TikTok” for their policy against threats of violence and harassment, but after a week the group is back targeting specific teachers with harassment. Meanwhile, TikTok is allowing threats of violence to grow on it’s platform despite claiming they don’t allow “hateful behavior” on the platform.

“You know, here’s the problem, it’s that none of these tech companies have a north star when it comes to moderation, right? This is violence. This is harassment. It’s clear what these accounts are doing,” she explained. “But with their policies, they literally have to wait until somebody gets hurt or killed to say, ‘oh, this is the promotion of violence.’ Just like we saw with Jan. 6th. Nothing got Donald Trump kicked off the platform until something dangerous, until violence actually happened. And by then, it’s too late. At this point, the way that we’ve built social media, it’s already been weaponized. And so, even kicking ‘Libs of TikTok’ off now would hardly really do anything. They could still target on another social media platform or another person who just would come up and take ‘Libs of TikTok’s place.’ It happens all the time. I don’t actually see a way out of it.”

On Thursday, President Joe Biden sounded the alarm about the right being filled with violence and urged Americans to stand up against movements like these that incite violence.

Trumphumpers at his Sep 3 rally in Pennsylvania.

More Trumphumpers at his Sep 3 rally in Pennsylvania.

And finally, a comparison. 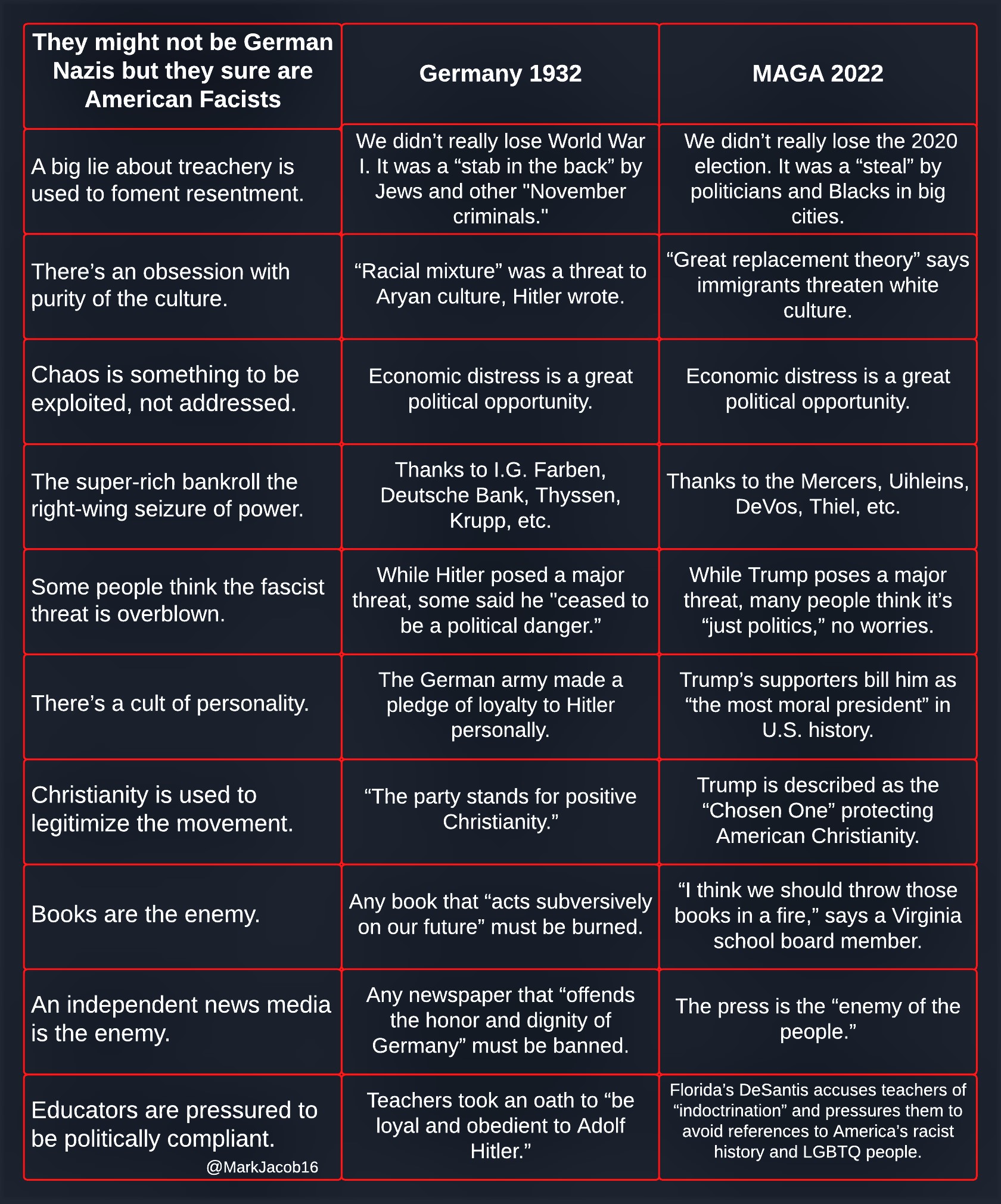 Today 65 years ago, the Little Rock Nine, a group of black teenagers in Arkansas, were harassed and blocked from entering all white Little Rock Central High School by white citizens and Gov. Faubus using the Arkansas National Guard. 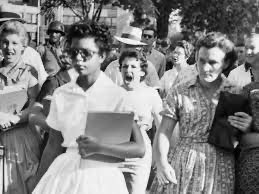 The South was solidly Democratic.  Then several things happened:

And today, the South is solidly Republican because the Republican Party is the party of racial division and hatred. 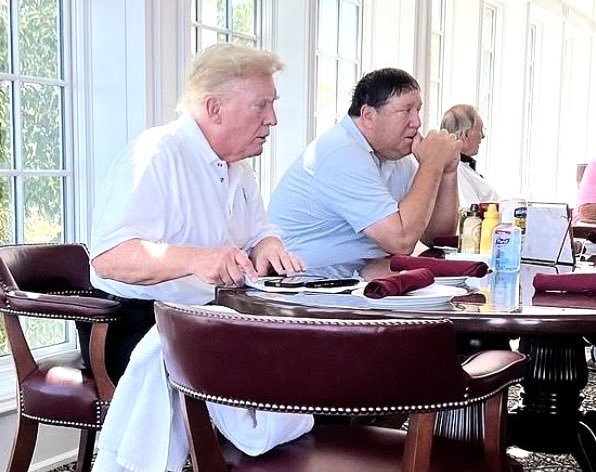 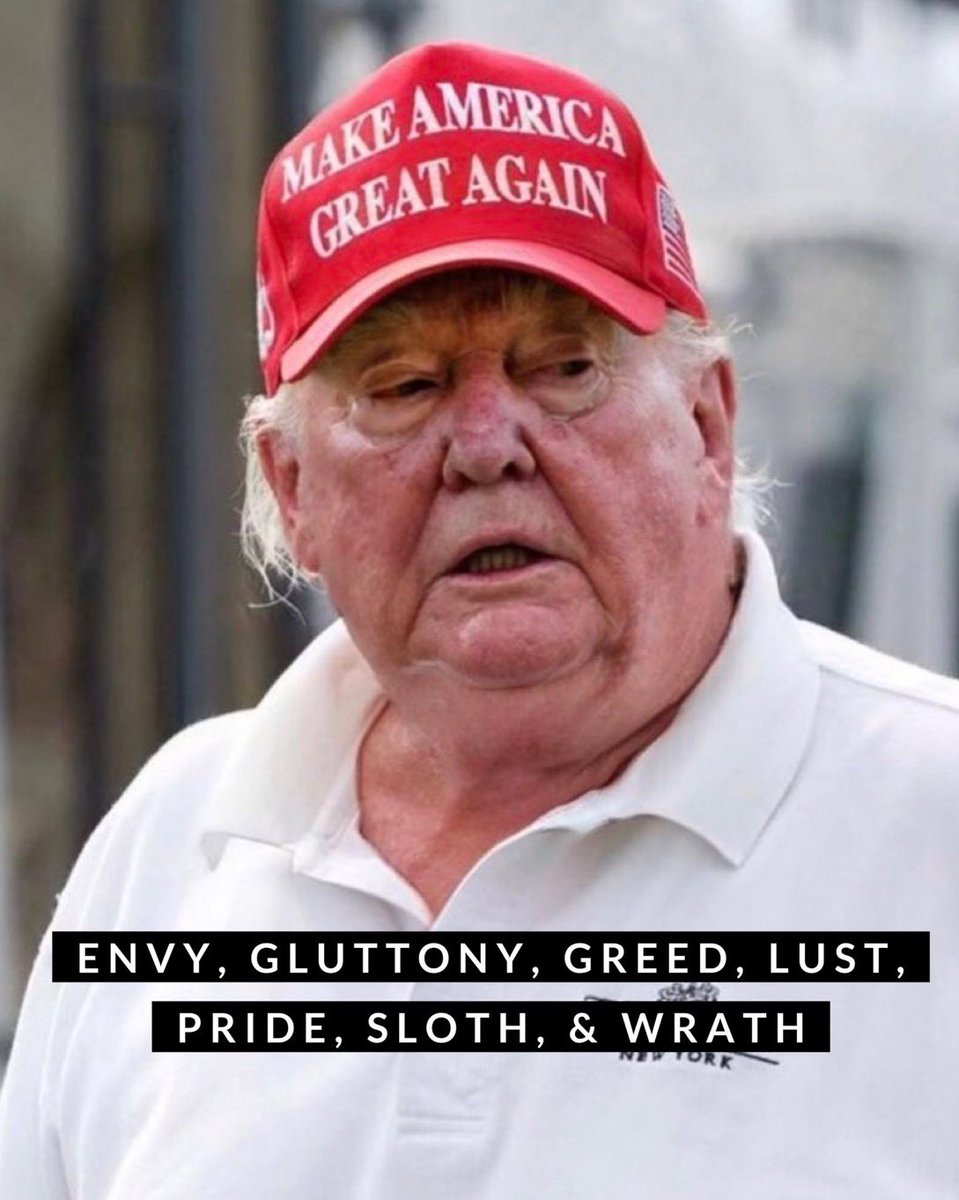 Don’t know the time or origin of this one, however, it was taken in 2022.  I’ll say it again:  This boy ain’t looking good.  He looks like a pic of my Uncle Fred that was taken about a month  before he died of a stroke.

Trump’s lawyers have requested the court appoint a Special Master to review the documents that the FBI retrieved from Trump’s home.  You know, documents like these: 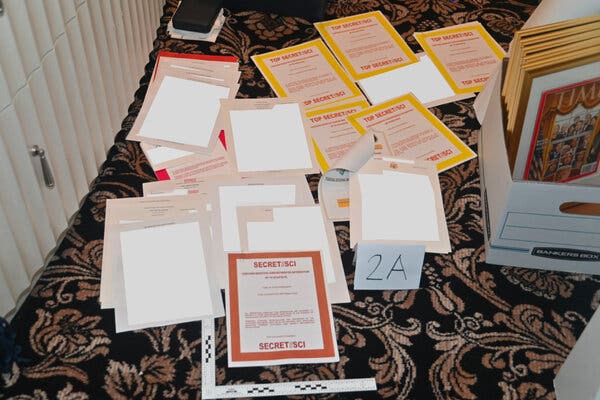 Having been caught red-handed with highly classified, very sensitive documents in his possession, and having his lawyer lie to the DOJ, Trump did what he does best — try to drag it on with legal maneuvers.

1. Documents subject to attorney-client privilege have already been identified and separated out by the FBI’s review team.

2. Even if a SM is appointed, and if some documents are determined to be subject to executive privilege, it doesn’t mean Trump gets them back; they still belong to the National Archives.

3. Executive privilege is only a qualified privilege, as Nixon found out the hard way re: the Watergate tapes. If there is incriminating info in any of the documents indicating the commission of a crime it could be used against him (same re: the crime/fraud exception to the attorney-client privilege).

4. The main thing is this: The specific content of any allegedly privileged documents isn’t important; the important thing is that TFG unlawfully removed government documents from the WH, then refused to give them back, then lied about whether he still had any. This is the crime, so it doesn’t matter what the documents actually are. All of them belong to the National Archives and not to him.

So, whatever is eventually decided about a special master is a side show. The investigation will go on regardless, and the crimes of taking and refusing to return government documents (no matter what they are), obstructing an investigation by lying to the FBI about having returned all of them, and violating the Espionage Act by mishandling national security materials, can be charged no matter whether a special master is appointed and no matter what they decide about privileged materials.

Let the side show continue…